The Royal Albert Hall hosts its first pop-up performance space this September. An immersive chamber music venue commissioned by the Australian National Academy of Music, ANAM Quartetthaus will stand in 1851 Place outside the Hall for ten days, hosting six performances per day.

The ANAM Quartetthaus will feature six quartets: three from Australia and three from the UK playing varied repertoire from each country including two new works commissioned specially for the series.

The structure design by bluebottle, hosts 50 seats, in two circles around a slowly revolving stage, no member of the audience is more than two metres from the performers. The proximity to the performers makes for a visceral and unique live music experience.

(In collaboration with the Royal College of Music) 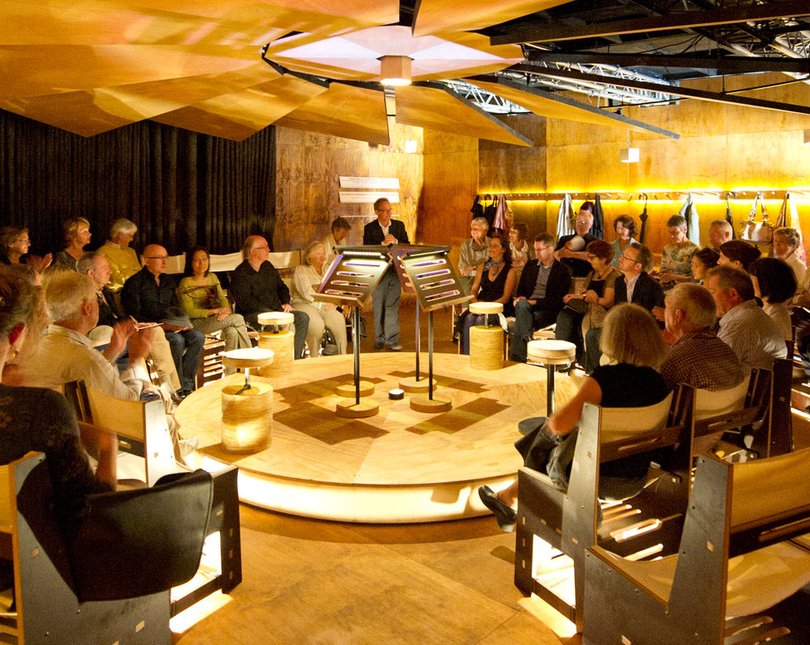