This event is in the past, go here to find out what's on now

Windflower by Urban Radicals – with the Goethe-Institut

Windflower outside the Goethe-Institut by Urban Radicals with Adam Harris has a modified and re-purposed decommissioned wind turbine blade bringing the scale and surprising beauty of this mega-structure into the city centre. This is planted with wildflowers to attract wild pollinators while allowing you to walk through, sit on or enjoy it.

The installation used to be a giant wind turbine blade. Just to give you an idea of its scale; this particular blade spanned 50m long! That’s approximately 11 cars parked linearly. The rotation of three of these pieces generates energy for our cities. A great piece of engineering design, the form of this blade stems from natural laws, physics and mathematics which exemplify both efficiency and beauty.

The average life cycle of a blade like this is 15 to 20 years, before it gets decommissioned and many of the world’s offshore wind turbines installed during the 1990s and early 2000s, are now reaching the end of their life expectancy. This raises the question of what happens to them next?. The construction employs wood veneers, carbon and glass fibres to provide a strong and light structure. The use of multiple materials in a composite structure also makes them challenging to recycle.

With the United Nations Climate Change Conference (COP26) and the 2050 Climate Action Plan on the horizon and with the UK being one of the largest producers of wind energy; designing creative reuses and
upcycling strategies for wind turbine blades such as this, can be developed and implemented across the UK.

The Offshore Renewable Energy (ORE) Catapult is working hard on several projects to uncover solutions that can be applied throughout the life cycle of wind farms, including designing out waste from the start, bringing in more sustainable materials, lifetime extension of components and techniques such as remanufacturing, reuse and refurbishment of components.

Meanwhile, these pieces on Exhibition Road have been transformed from their infrastructural mega-scale, into planters and street furniture for the urban landscape to raise awareness and pose questions as to how the role of the architect/designer can help imagine and achieve circular economies and rethink the afterlife of structures and materials in our cities.

The sculpted blades, have been cut, adapted, and ‘grafted’ with native wildflowers which bloom in rich colours and scents. This creates a habitat attracting bees and insects - a biodiversity hub, part of the Bee Superhighway, a Windflower, for Exhibition Road.

This is the first prototype which will hopefully, lead to developing further into beautiful habitats across London and other cities

Urban Radicals started out in 2019 as a duo between architect Nasios Varnavas and designer Era Savvides. They believe that by working across disciplines and through the broad skillset and perspectives of its expansive team, the studio is able to generate rich, impactful projects, rooted in place and context. As a collective, Urban Radicals examines architecture from a variety of perspectives – economy, ecology, storytelling, community, and craft.

For this project, Urban Radicals is collaborating with Adam Harris – landscape architect and project manager at Millimetre. Adam is passionate about native wildflower species and creating spaces that increase biodiversity in an urban setting and believes that by developing our connection to natural processes, we benefit both our cities and well-being. The team is also working with specialist wind energy consultants – Aerotrope, founded by Chris Hornzee-Jones. 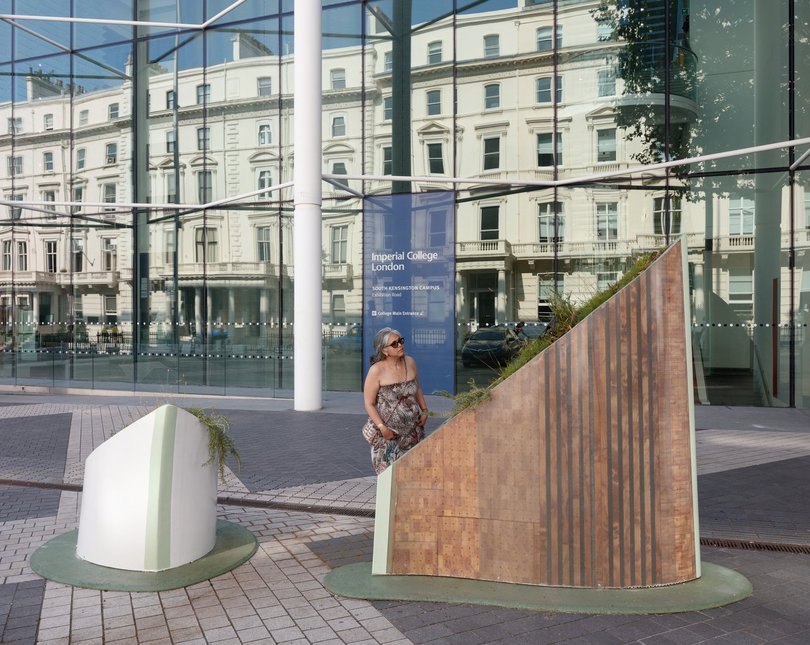