The Exhibition Road Commission brings together leading international artists with scientists, researchers and creative thinkers around Exhibition Road to develop new, site-specific installations and interdisciplinary events that reflect and highlight the ideas and values that connect organisations here.

The Aerocene project, initiated by artist Tomas Saraceno, was selected for the commission by a jury of world-leading luminaries in the arts and sciences. Our selection panel included:

Aerocene is an open-source, multi-disciplinary project that brings together art and science to imagine a new fossil fuel-free epoch. It imagines a transformation of human societies' relation with both the Earth and the Sun and is an invitation to think of new ways to move, sense and live by harnessing solar energy, weather patterns and the earth’s radiation. It manifests as a series of air-fuelled sculptures becoming buoyant only by the heat of the Sun and the the power of the wind. The sculptures float without burning fossil fuels, without using solar panels or batteries; and without using helium, hydrogen or other rare gases.

The Goethe-Institut hosted the Aerocene Foundation in residence on Exhibition Road from October to December 2016.  Saraceno and members of his Studio worked with curators, researchers and students across partner institutions to push forward the Aerocene project.  The residency explored several themes including advancing our understanding of wind currents, the heat of the Sun and Earth's radiation as enablers of a different kind of travel; and our knowledge of aerial ecosystem through air sampling and research on life forms in the air above us.

Following the residency, a new programme of activities were developed in collaboration with the Victoria & Albert Museum as part of a week long celebration of the opening of the Exhibition Road Quarter. Aerocene sculptures floated high above the road on 1st July as part of the V&A's Reveal Festival, which attracted over 20,000 visitors on the day. On the same day, visitors on Exhibition Road joined the Museo Aero Solar community by helping to create a new floating sculpture using recycled plastic bags. In the lead up to the day, a series of four workshops were led by the project director Carlo Rizzo and Stephanie Johnson at Epic CIC that brought together young people from Kensington & Chelsea to build a new floating sculpture.

Visitors enjoyed the beautiful Aerocene sculpture flying silently and shifting gracefully in the breeze as the heat of the sun lifted the sculpture above the pedestrianised Exhibition Road. Attended by the internationally renowned artist himself, this was a moment that celebrated the opening of the stunning new V&A Exhibition Road Quarter as well as the peak of a collaboration which connected and engaged a community of developers, designers, artists, data scientists, creative technologists, atmospheric scientists, musicians, engineers, social scientists and geographers under one common creative vision.

A new “Aerocene on Exhibition Road” publication launched on Friday 30th June included contributions from a fantastic range of scientists, curators and thinkers and is available here.

The Exhibition Road Commission programme was curated by Carlo Rizzo with invaluable support from members of Studio Tomas Saraceno, in particular Ignas Petronis and Pedro Portellano. The participation of Epic CIC was made possible by Keni Thomas and Maxine Willetts. The Aerocene on Exhibition Road publication was edited by Sasha Engelmann.

The first edition of the Exhibition Road Commission has been made possible thanks to our seed funders:

A summary of the Aerocene on Exhibition Road project can be downloaded here. exhibition_road_commission_-_aerocene_2016-17.pdf 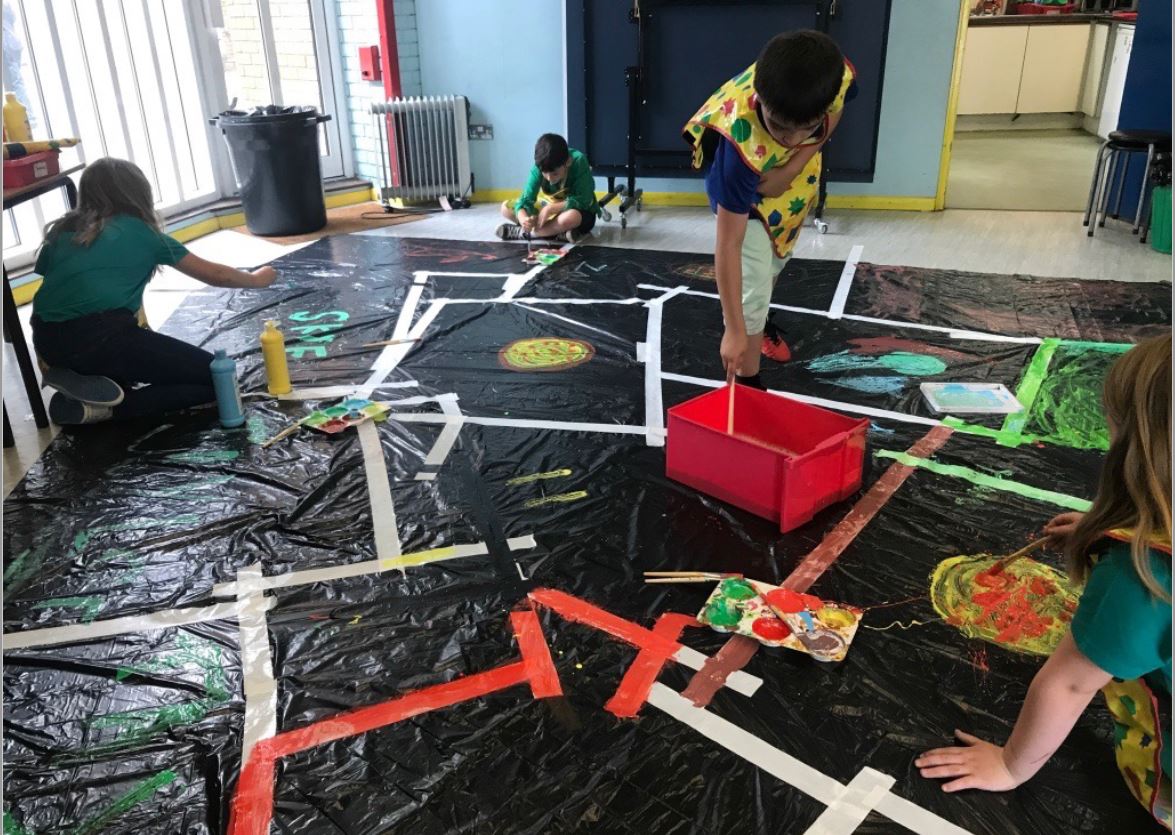