To commemorate the 200th year since Queen Victoria & Prince Albert’s birth we have created a special trail for visitors to South Kensington. Follow  in Prince Albert's footsteps to explore his vision brought alive in an area dedicated to research, learning and creativity.

South Kensington is one of the first visionary scientific and cultural quarters in the world, founded after the Great Exhibition in 1851 - the scale and nature of which did not exist anywhere in the world – and continues to create a legacy for the future through collaborations, research, collections, public programmes and education.

From the Victoria & Albert Museum (V&A) to the Royal Albert Hall, Queen Victoria & Prince Albert’s influence can be seen all over South Kensington. Our Victoria & Albert themed trail is perfect for highlighting some sights you may not have seen before. The trail is a beautiful walk, perfect for a sunny London day. It starts from outside the V&A, stretches around Kensington Gardens and ends in Hyde Park. Check it out here.

Being home to several world-renowned museums and research institutes, such as the Natural History Museum and Imperial College London, South Kensington is London's home of arts and science. But, these institutions are not all clustered here by chance. The area has a rich and interesting history that leads to its world-class status today.

The Victoria and Albert story begins on 24th May 1819 when Victoria was born in Kensington Palace, London. There she was raised largely away from society, under the close watch of her mother. You can visit the apartments Victoria grew up in, as well as the Red Saloon where she held her first Privy Council just a few hours after learning she was the monarch in 1837, aged only 18.

The Queen was introduced to Prince Albert at the Palace in 1836 through her uncle King Leopold I of Belgium. She immediately took to him describing Albert as having “the most pleasing and delightful exterior”. She proposed to him in 1839 and they were married on 10th February 1840.

Prince Albert took an active interest in the arts, science, trade and industry. He had a vision for South Kensington which started with the ‘Exhibition of the Works of Industry of all Nations’ or just the ‘Great Exhibition of 1851’, the world’s first international fair. The Exhibition took place in Hyde Park in a temporary structure called the Crystal Palace and housed exhibits from all over the world. It attracted over 6 million visitors in 6 months and made £186,000 for the organising body – the Royal Commission for the Exhibition of 1851, which still exists today.

On the trail you can see the Albert Memorial in Kensington Gardens. In his hand, you can see a copy of a programme from the Great Exhibition 1851. You can also see the Coalbrookdale Gates at the end of the trail which were designed straight after the Exhibition in 1851 and displayed at the Exhibition of 1862.

Prince Albert died of typhoid fever in 1861. However, his legacy lives on in the area. Queen Victoria renamed the Central Hall of Arts and Sciences to the Royal Albert Hall in his memory when she laid its foundation stone in 1867. In May 1899, in what was to be her last public ceremony, Queen Victoria laid the foundation stone for the new buildings along Exhibition Road and Cromwell Road. The occasion also marked the changing of the Museum's name to the Victoria and Albert Museum (the queen had advocated The Albert Museum, but changed her mind at the request of the Duke of Devonshire). She herself is immortalised in several statues in the area that you can see on the trail.

Kensington Palace is also opening two special exhibitions on 24th May this year, Queen Victoria’s day of birth, dedicated to her – Victoria: A Royal Childhood and Victoria: Woman and Crown.  Victoria: A Royal Childhood is a new permanent exhibition  which explores how an indulged young princess blossomed into the independent and iconic monarch we remember. Also opening is Victoria: Woman and Crown, which explores Queen Victoria’s private life behind her carefully-managed public image.  The new display will re-examine how she balanced her role as a wife and mother with that of Queen of an expanding empire.

The V&A are also setting up a number of exciting exhibitions to celebrate the couple’s bicentenary. Victoria and Albert’s Museum opens on 13th May and brings together objects that the royal couple presented or lent to the V&A. Early watercolours show Prince Albert’s vision for South Kensington, the museum in its first home of Marlborough House, and designs for the South Kensington Museum. Prince Albert: Science and Arts on the Page is open until 1st September and examines Prince Albert’s personal contributions to the library’s collections during his lifetime, showing books and photographs that have never been assembled before. Queen Victoria’s sapphire and diamond coronet, designed by Prince Albert, is on permanent public display in the jewellery rooms. 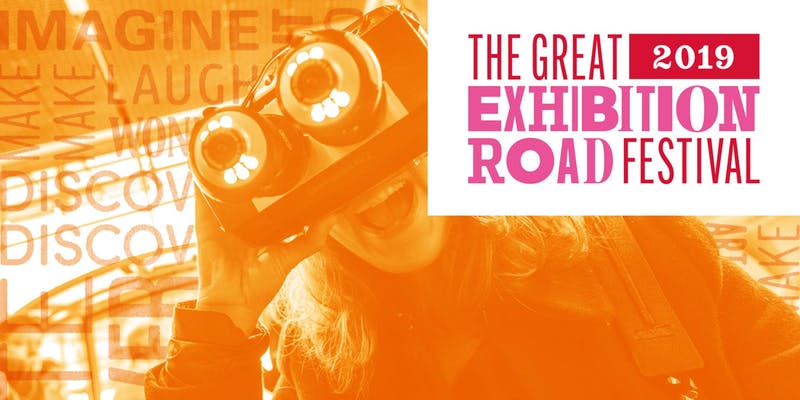