The Exhibition Road Building Project in South Kensington will provide a grand new entrance to the  V&A Museum, a beautiful courtyard and a stunning purpose-built gallery for the museum’s world-class temporary exhibitions.

The new 1,200 sq m courtyard will act as a venue for installations and events and will be served by a glass-fronted cafe.

Creating the new gallery will allow greater flexibility for exhibition design, and will also allow the opportunity to uncover and restore the stunning 19th century courts currently used for temporary exhibitions.

The new 1,100 sq m column-free exhibition gallery beneath the courtyard will be one of the largest temporary exhibition galleries in the UK. Designed by AL_A, the London practice headed up by Stirling Prize-winning architect Amanda Levete, the building project is the V&A's largest architectural scheme in the last 100 years and opens in 2017. The project has reached a recent milestone - the intensive groundworks and structural build, which began in 2014, has successfully been completed and the final phase of the project to install the bespoke elements that will characterise the scheme is underway.

The bulk of the excavation work was completed in 2015, with more than 22,000 cubic metres of soil now removed from the site, the equivalent of ten Olympic size swimming pools, almost all of which will be recycled for use in landscaping and other projects in the UK.  Clay excavated below ground level has been dated by archaeologists and engineers to approximately 50 million years old, placing it in the Palecene period. The gallery structure has now been created using 256 tonnes of steel and in the summer, the oculus - the carefully engineered skylight to bring natural light into the gallery - will be lifted into place.

The first of the 14,500 porcelain tiles, which will create the world's first porcelain courtyard, will be laid later this year. Each of the rhombus-shaped tiles, currently being created in 13 different patterns in the Royal Tichelaar factory in Holland, takes five days to make from pouring to glazing and are crafted by hand, reflecting the project's dedication to quality, innovation and craftsmanship.

The project will feature a permeable entry point through the Aston Wedd screen, creating a new relationship between the heart of the V&A and Exhibition Road and allowing a seamless transition between street and museum. This will all be set within the beautiful historical facades on the west-side of the V&A's Grade I listed architecture which have never before been on public view. Visitor numbers to the V&A in South Kensington have grown in the last decade from 1 million to 3.46 million in 2015/16, the highest number on record, and this development will allow the Museum to continue offering an excellent visitor experience. 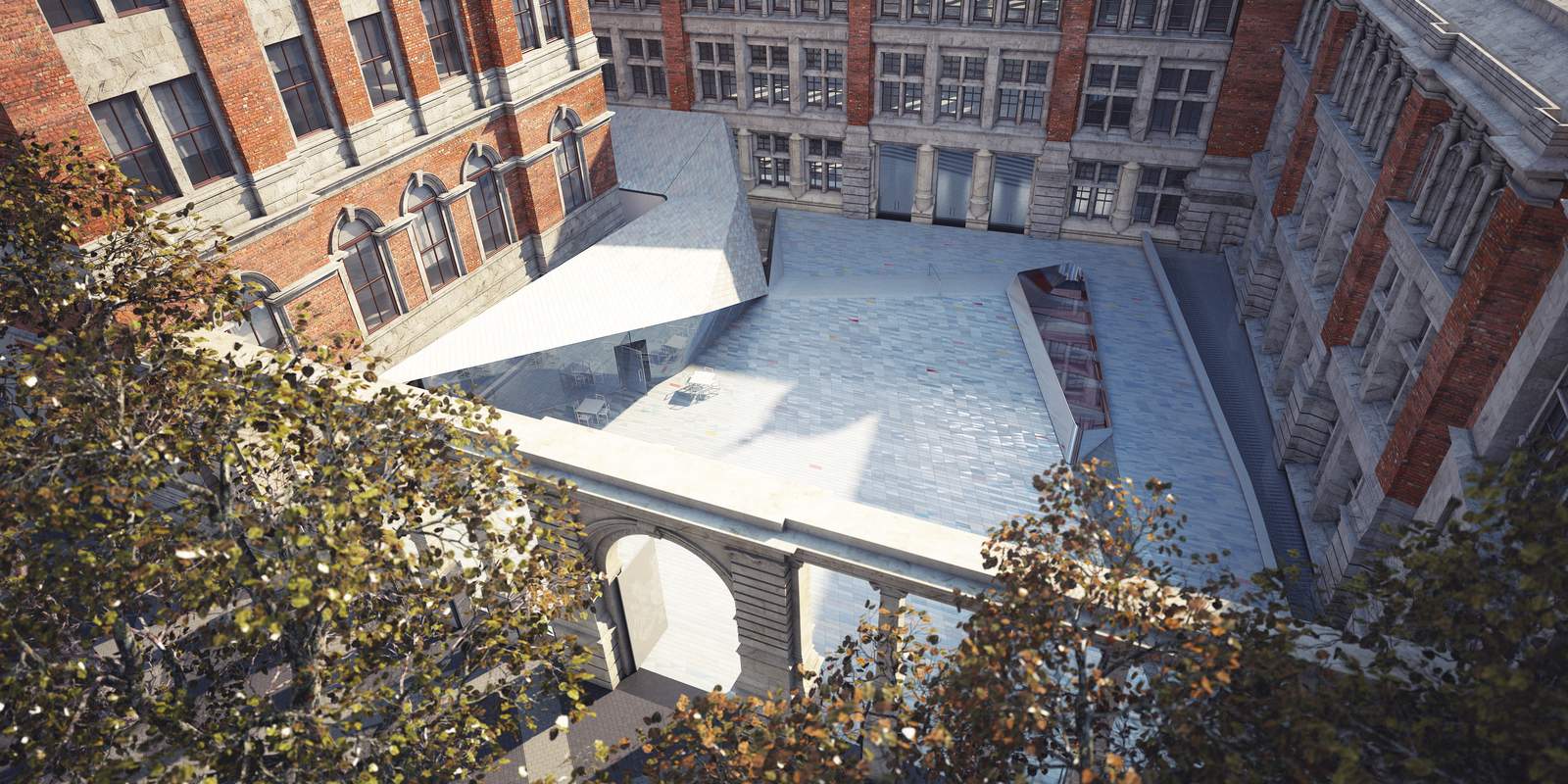 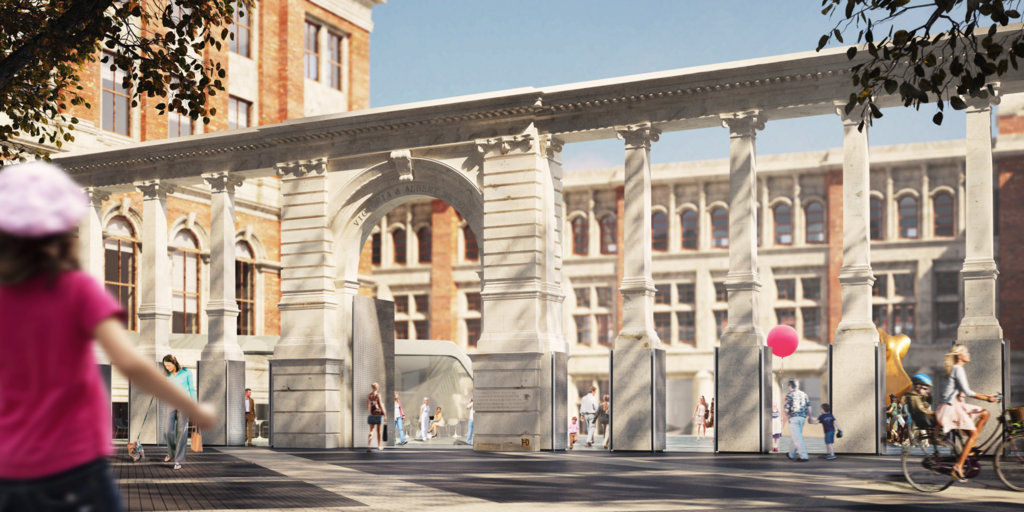 For the latest information and more details on the Exhibition Road Building Project visit the V&A's website here.