Prince Albert and The Great Exhibition

The Story of South Kensington - Prince Albert and The Great Exhibition

The story of South Kensington begins with the ‘Exhibition of the Works and Industry of all Nations’, otherwise known as the Great Exhibition, which took place from 1st May to 15th October 1851 - 170 years ago this year. The brainchild of Prince Albert and his colleague Henry Cole, the Exhibition was the catalyst for Albertopolis – out of it grew the cultural region we know today. In 1843, Albert had joined the Society for the ‘Encouragement of Arts, Commerce and Manufactures’ and at Henry Cole’s invitation, he then became its president. The idea for a national exhibition of manufacturers had previously been floated by the Society but, although similar exhibitions had been held successfully in Paris, London was yet to host one.

During the summer of 1849 steps towards a British Exhibition began. Prince Albert gave his support and stated that the Exhibition was to be international. Hyde Park was chosen as the venue and it was agreed that central Government would need to be involved. This led to the creation of the 1851 Royal Commission, of which Prince Albert was appointed president in 1850 and whose first task was to create a structure to house the Exhibition. Despite numerous suggestions, most designs were impractical and highly expensive. Finally, just as the closing date for proposals arrived, the architect Joseph Paxton submitted his idea for a huge glass house, seen now as the symbol of the Great Exhibition.

Prince Albert had high hopes for the Exhibition, stating that its aim was the unity of mankind. Indeed, during a speech in March 1850 he said that ‘… The exhibition of 1851 is to give us a true test and a living picture of the point of development at which the whole of mankind has arrived in this great task, and a new starting point from which all nations will be able to direct their further exertions…’.

However, despite its aspirational objectives the Great Exhibition was not universally supported. Some people worried that it would incite riots or a revolution and that thieves from all over Europe would descend on London. The Times was at first in support, then claimed that the Exhibition would ruin Hyde Park before it was finally obliged to acknowledge that it had been a success.

This success took several forms. Firstly, a large number of people visited the Exhibition, many via the railway. The travel agent Thomas Cook even arranged a special service that allowed third–class passengers around the country the chance to visit the Exhibition on ‘shilling days’ and go home the same day for a reasonable price. This meant that by the time the Exhibition closed on 11 October 1851, over six million people had visited, many of whom were not from London. The fact that such a considerable number of people visited suggests that the Exhibition was of great importance to the general public.

As well as the large number of people who visited, the Exhibition was a huge organisational feat. Nearly 14,000 exhibitors were involved, 7,300 of whom were from the United Kingdom and her dependencies. The Exhibition was opened, as planned and on budget, by the Queen on 1 May 1851, there were no riots or civil unrest, and despite the Exhibition being housed in what was essentially the largest greenhouse the world had ever seen, the temperature was maintained at an adequate level throughout the summer months. Finally, and perhaps most importantly, the Exhibition was a huge success financially, generating a surplus of approximately £200,000.

Prince Albert played a key role in the Exhibition’s success. In the run-up to the Exhibition, he chaired most meetings and took on the responsibility for ensuring international participation.  This led to an incredible amount of organisation: exhibits had to be found, transported to London from all over the world and there had to be adequate display space for them when they reached the capital. Afterwards Queen Victoria wrote with pride, ‘my beloved husband... the creator of this great “Peace Festival”, uniting the industry and art of all nations of the earth... Dearest Albert’s name is for ever immortalised’. It must have brought Victoria similar joy to read the following letter from John Russell (the Prime Minister), a week after the Great Exhibition had closed:

The grandeur of the conception, the zeal, invention, and talent displayed in the execution, and the perfect order maintained from the first day to the last, have contributed together to give imperishable fame to Prince Albert. If to others much praise is due... it is to his energy and judgement that the world owes both the original design and the harmonious and rapid execution… no one can deprive the Prince of the glory of being the first to conceive… this beneficent design, nor will the Monarchy fail to participate in the advantage… No Republic of the Old or New World has done anything so splendid or so useful.

There is no doubt that the success of the Great Exhibition contributed towards the positive perception of Prince Albert held by the general public immediately afterward. Furthermore, it became symbolic of the Victorian attitude that anything was possible. Indeed, some historians have described the Great Exhibition as symbolic of two prime Victorian traits: ambition and the ability to do great things relatively quickly, both of which it would appear Prince Albert embodied.

If you would like to explore the Great Exhibition further, you can now take a virtual tour of the Crystal Palace to get a feel for the scale of it, admire its beautiful and innovative design, and discover amazing facts about the exhibition it housed. Click here to take the tour. 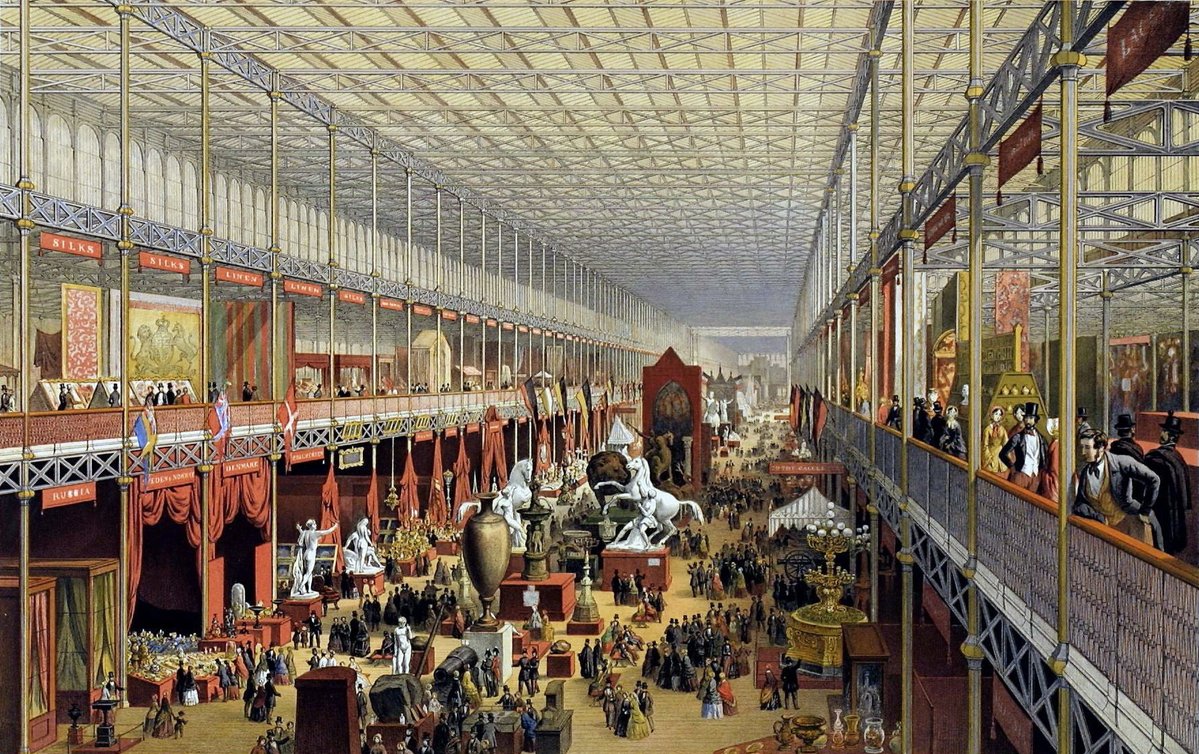