The Rosalinde and Arthur Gilbert Galleries

The V&A’s spectacular Rosalinde and Arthur Gilbert Galleries re-open to the public on Wednesday 16 November 2016. The newly updated suite of four galleries display highlights from one of the most important collections of decorative art ever given to the nation, alongside recent acquisitions.

Over 500 precious objects amassed by 20th-century collectors Rosalinde and Arthur Gilbert, including European silver and gold plate, delicate gold boxes, Italian mosaics and enamel portrait miniatures, are now back on public display in newly re-curated galleries. The objects dating from the 15th to the 20th centuries were carefully removed in 2014 to enable construction work for the V&A’s Exhibition Road building project. The ambitious architectural project will see the Museum unveil a new entrance, courtyard and subterranean exhibition space in July 2017.

The Gilbert Galleries reopen following careful conservation and include a range of masterpieces on display at the V&A for the very first time and stunning pieces owned by figures including King Charles I, Frederick the Great, Louis XV, Catherine the Great and Enrico Caruso. A life-size silver swan made by Asprey, London, in 1985 welcomes visitors into the galleries showcasing rare Tudor fashionable accessories and tankards; a 17th-century Peruvian gold bowl recovered from a shipwreck off the coast of Florida and exquisite 18th-century silver. The collection is particularly famous for its unrivalled holdings of so-called ‘micromosaics’, and Italian and Russian mosaics. On display are a series of virtuoso examples of this art, including Michelangelo Barberi’s table tops featuring sunny visions of Italy commissioned by Tsar Nicholas I. A newly acquired silver christening gift from George II to his goddaughter Lady Emilia Lennox in 1731, purchased through The Gilbert Trust for the Arts, is displayed in the V&A for the very first time.

Dr Heike Zech, Senior Curator, V&A said: “The newly opened Rosalinde and Arthur Gilbert Galleries allow visitors to come face-to-face with dazzling masterpieces in gold and silver, as well as portrait miniatures and mosaics. There is something for everyone to enjoy. Because the collection reflects the taste of this eclectic collector-couple, the galleries provoke unique juxtapositions of materials, dates and object types that are as inspiring and thought-provoking as they are beautiful. The galleries showcase some of the most beautiful objects ever made and are testimony to Rosalinde and Arthur Gilbert’s enduring quest for beauty and perfection.”

The V&A ensured public access to the Rosalinde and Arthur Gilbert Collection while the galleries were closed. Temporary exhibitions of gold boxes opened in Cambridge and Los Angeles, while silver from the collection travelled to Hong Kong and Schwäbisch Hall in Germany. A number of objects remain on long term loan to National Trust houses in North Wales, Cheshire, Derbyshire and Lincolnshire – in some cases reuniting precious objects with the setting for which they were originally created such as a gilded silver toilet service made for, and now on display, at Belton House. In 2015 the V&A published Gold Boxes: Masterpieces from the Rosalinde and Arthur Gilbert Collection. Earlier this year the Museum hosted the conference Sensing Time featuring clocks and watches from the collection. The inaugural annual Gilbert Lecture in the History of Collecting will take place on 30 November.

Entry to the Rosalinde and Arthur Gilbert Galleries at the V&A is free. For more information, visit the website. 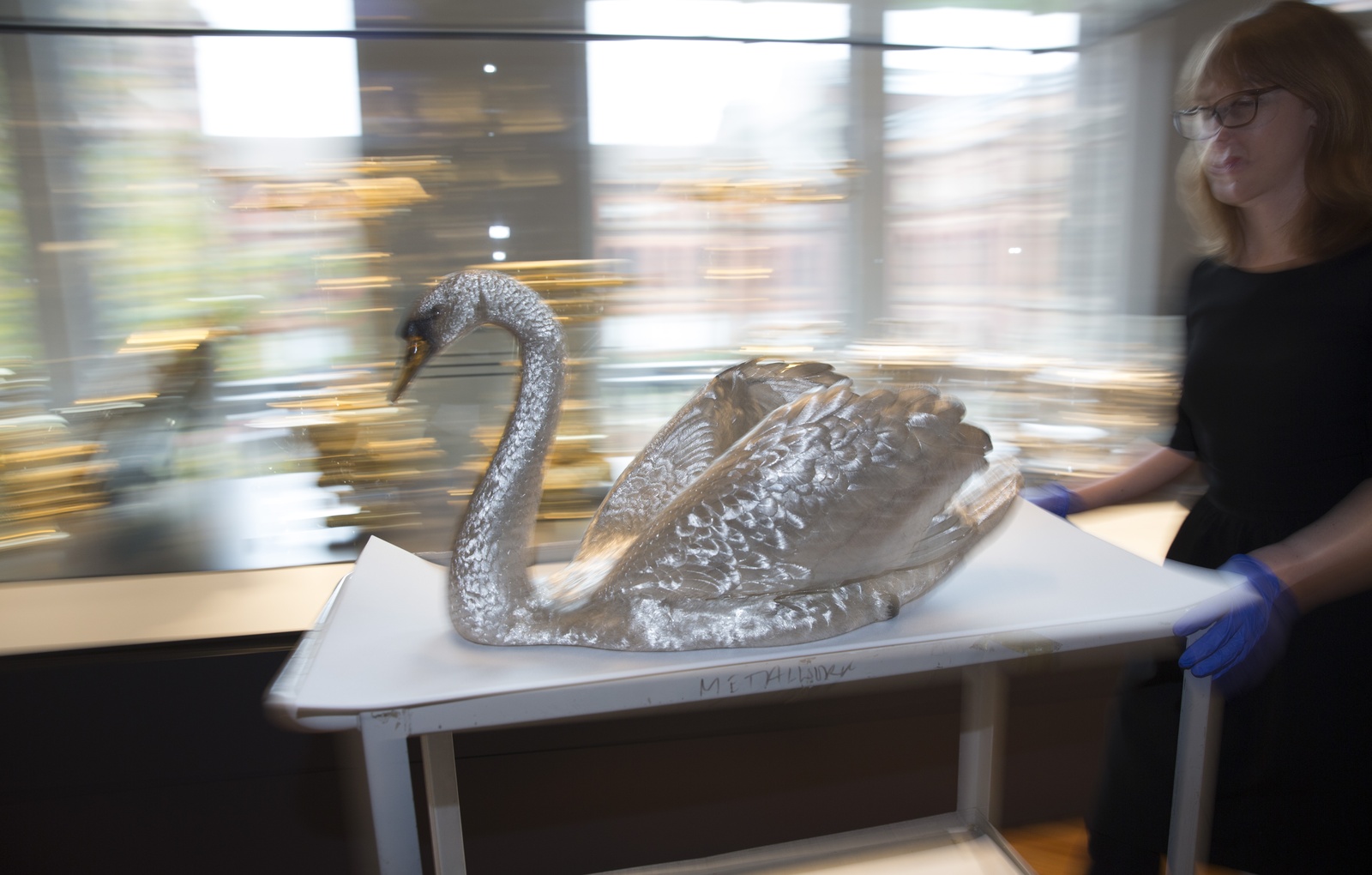 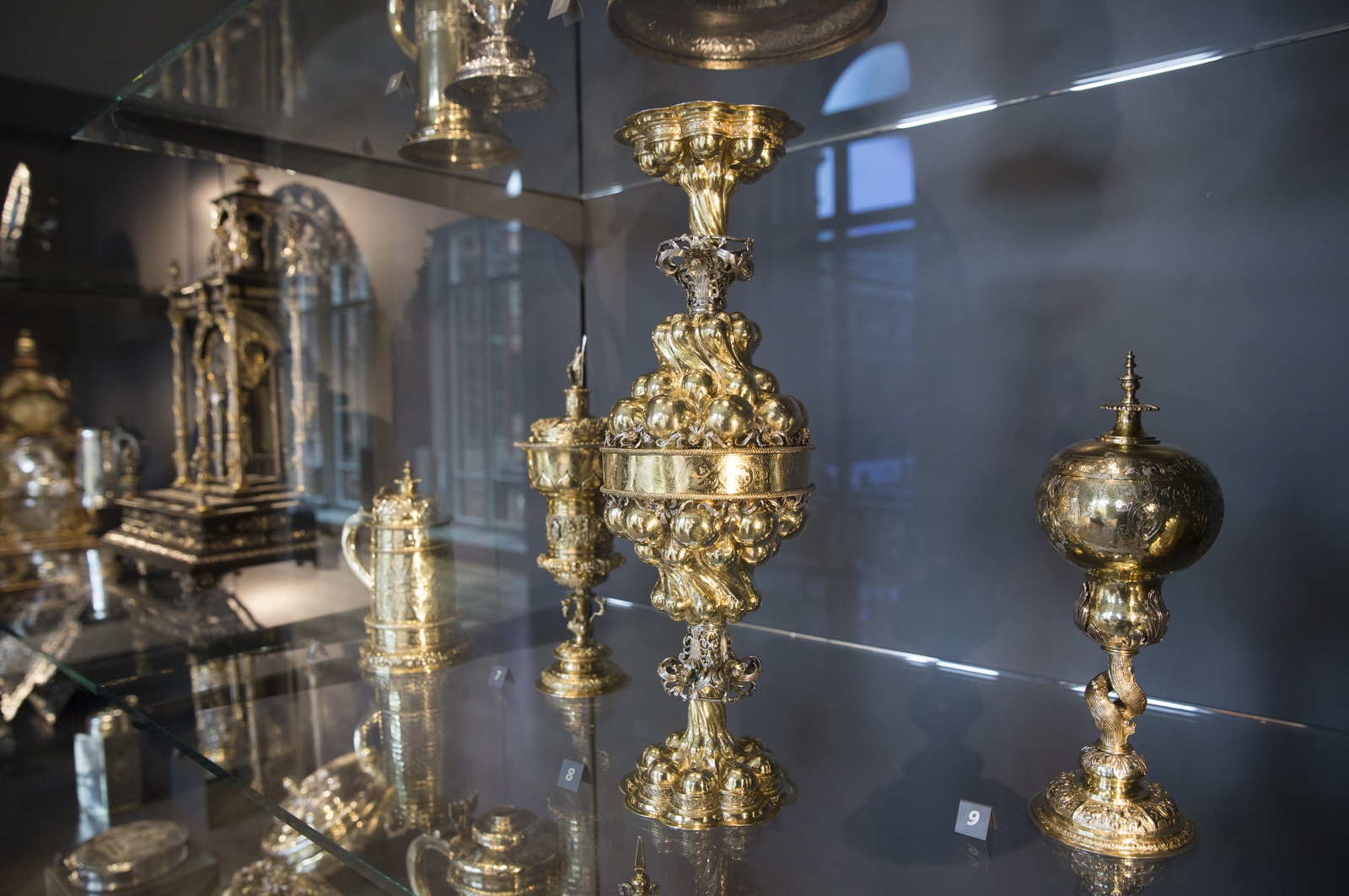